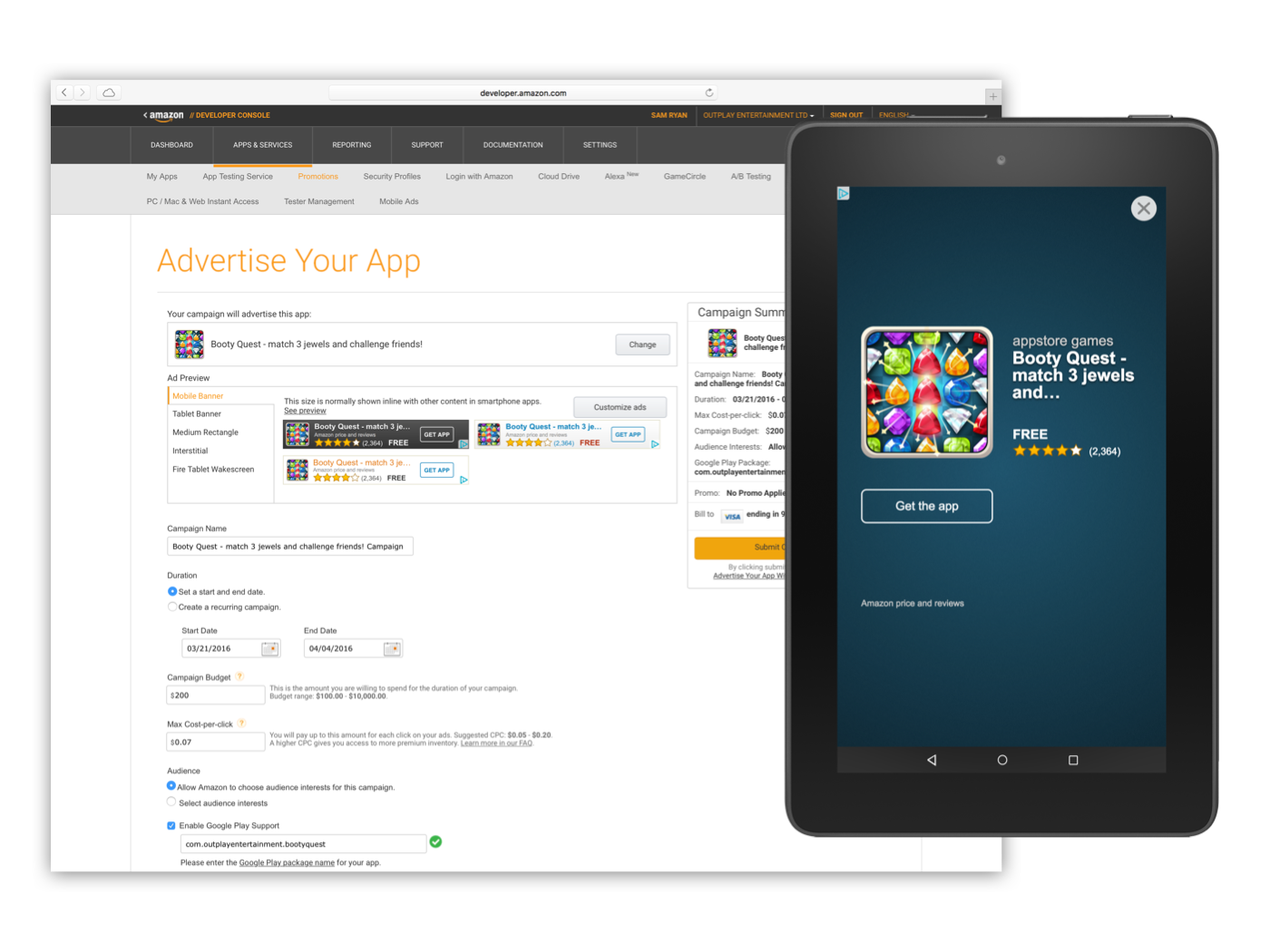 I was the lead designer on Advertise Your App from 2013 to early 2016. We announced the program in May 2015 and were featured on Techcrunch.

Amazon Appstore developers can use our self-service tool to promote their apps on our Fire Tablet wakescreens and the Amazon Mobile Ad Network for budgets as small as $100. We allow developers to upload their own ad images or use automatically generated templates. The ads can open in Amazon’s Appstore or the Google Play Store, depending on what a customer has installed.

Advertise Your App offers some industry-exclusive features: access to Fire device wakescreens, the ability to set eCPA limits for renewing campaigns, and the ability to target campaigns based on Amazon Appstore categories.

Advertise Your App offers the option to target campaigns based on customers’ favorite Amazon Appstore categories. 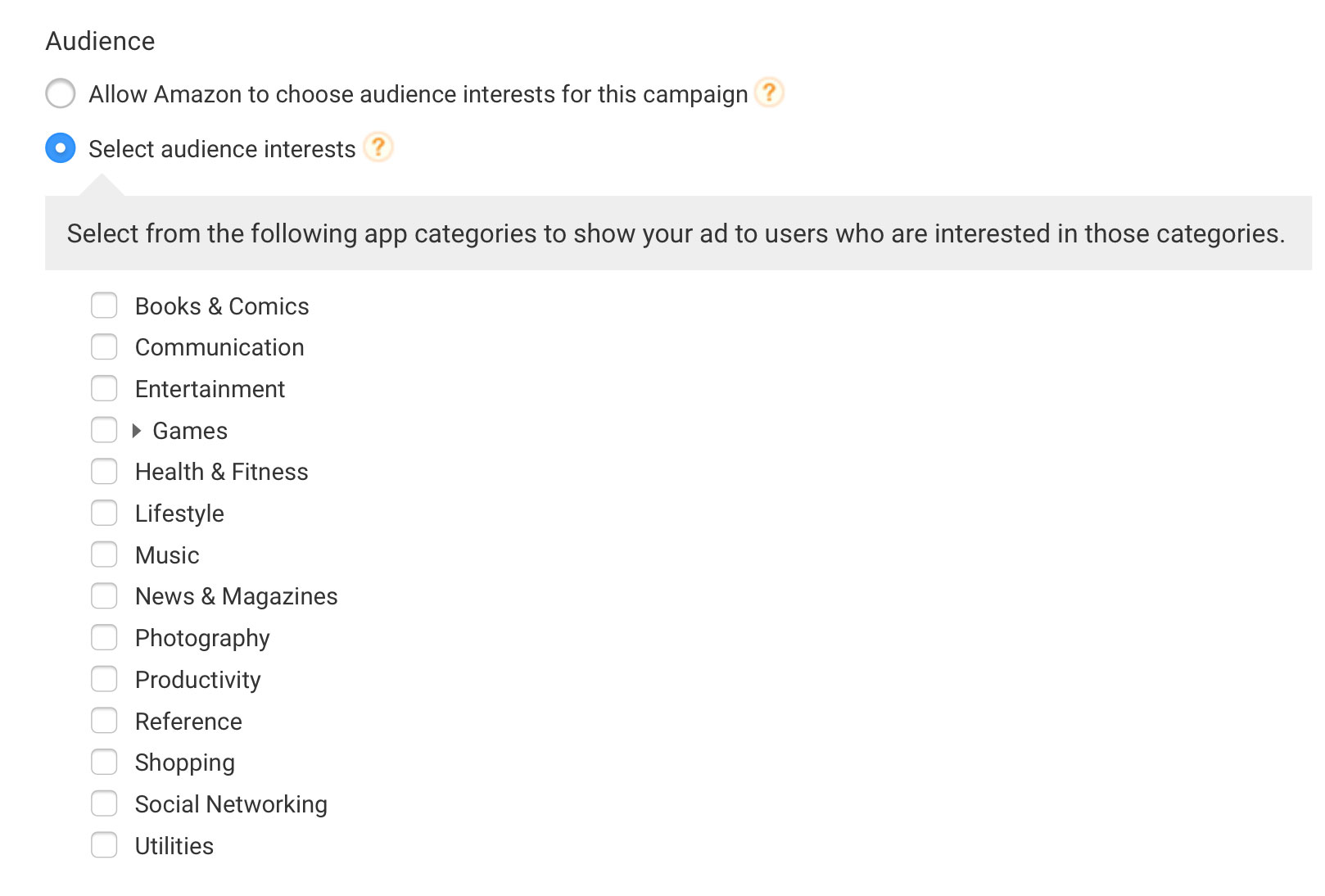 Developers can choose to auto-renew their ad campaigns for easier management. We allow them to set a cost-per-download limit that protects recurring campaigns against poor performance.

Compare and contrast these interstitial ads generated from the same app’s metadata: