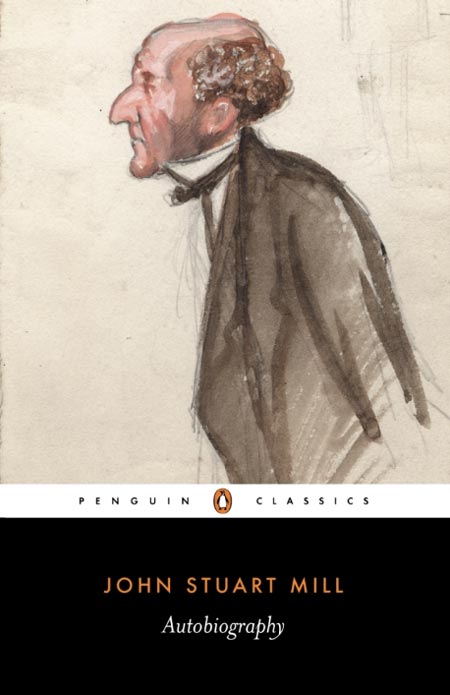 The Autobiography of John Stuart Mill

The reader whom these things do not interest, has only himself to blame if he reads farther, and I do not desire any other indulgence from him than that of bearing in mind that for him these pages were not written.
Finding, therefore, no halting place in Deism, [my father] remained in a state of perplexity, until, doubtless after many struggles, he yielded to the conviction, that concerning the origin of things nothing whatever can be known. This is the only correct statement of his opinion; for dogmatic atheism he looked upon as absurd; as most of those, whom the world has considered Atheists, have always done.
I am thus one of the very few examples, in this country, of one who has not thrown off religious belief, but never had it: I grew up in a negative state with regard to it. I looked upon the modern exactly as I did upon the ancient religion, as something which in no way concerned me. It did not seem to me more strange that English people should believe what I did not, than that the men I read of in Herodotus should have done so.
He thought human life a poor thing at best, after the freshness of youth and of unsatisfied curiosity had gone by. This was a topic on which he did not often speak, especially, it may be supposed, in the presence of young persons: but when he did, it was with an air of settled and profound conviction. He would sometimes say that if life were made what it might be, by good government and good education, it would be worth having: but he never spoke with anything like enthusiasm even of that possibility.
The "principle of utility," understood as Bentham understood it, and applied in the manner in which he applied it through these three volumes, fell exactly into its place as the keystone which held together the detached and fragmentary component parts of my knowledge and beliefs. It gave unity to my conceptions of things. I now had opinions; a creed, a doctrine, a philosophy; in one among the best senses of the word, a religion; the inculcation and diffusion of which could be made the principal outward purpose of a life.
But as a Secretary conducting political correspondence, I could not issue an order, or express an opinion, without satisfying various persons very unlike myself, that the thing was fit to be done. I was thus in a good position for finding out by practice the mode of putting a thought which gives it easiest admittance into minds not prepared for it by habit; while I became practically conversant with the difficulties of moving bodies of men, the necessities of compromise, the art of sacrificing the non-essential to preserve the essential. I learnt how to obtain the best I could, when I could not obtain everything; instead of being indignant or dispirited because I could not have entirely my own way, to be pleased and encouraged when I could have the smallest part of it; and when even that could not be, to bear with complete equanimity the being overruled altogether. I have found, through life, these acquisitions to be of the greatest possible importance for personal happiness, and they are also a very necessary condition for enabling anyone, either as theorist or as practical man, to effect the greatest amount of good compatible with his opportunities.
Bentham's later style, as the world knows, was heavy and cumbersome, from the excess of a good quality, the love of precision, which made him introduce clause within clause into the heart of every sentence, that the reader might receive into his mind all the modifications and qualifications simultaneously with the main proposition: and the habit grew on him until his sentences became, to those not accustomed to them, most laborious reading.
I thought the predominance of the aristocratic classes, the noble and the rich, in the English constitution, an evil worth any struggle to get rid of; not on account of taxes, or any such comparatively small inconvenience, but as the great demoralizing agency in the country.
It would have required a great political leader, which no one is to be blamed for not being, to have effected really great things by parliamentary discussion when the nation was in this mood.
I was enabled to indulge the inclination, natural to thinking persons when the age of boyish vanity is once past, for limiting my own society to a very few persons.
Next: Olivia Laing – The Lonely City: Adventures in the Art of Being Alone
Previous: David Guterson – The Country Ahead of Us, The Country Behind