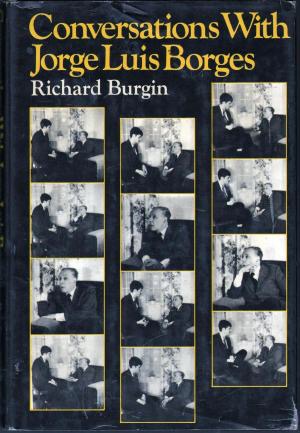 I remember my father said to me something about memory, a very saddening thing. He said, "I thought I could recall my childhood when we first came to Buenos Aires, but now I know that I can't." I said, "Why?" He said, "Because I think that memory"—I don't know if this was his own theory, I was so impressed by it that I didn't ask him whether he found it or whether he evolved it—but he said, "I think that if I recall something, for example, if today I look back on this morning, then I get an image of what I saw this morning. But if tonight, I'm thinking back on this morning, then what I'm really recalling is not the first image, but the first image in memory. So that every time I recall something, I'm not recalling it really, I'm recalling the last time I recalled it, I'm recalling my last memory of it. So that really," he said, "I have no memories whatever, I have no images whatever, about my childhood, about my youth. And then he illustrated that, with a pile of coins. He piled one coin on top of the other and said, "Well, now this first coin, the bottom coin, this would be the first image, for example, of the house of my childhood. Now this second would be a memory I had of that house when I went to Buenos Aires. Then the third one another memory and so on. And as in every memory there's a slight distortion, I don't suppose that my memory of today ties in with the first images I had," so that, he said, "I try not to think of things in the past because if I do I'll be thinking back on those memories and not on the actual images themselves." And then that saddened me. To think maybe we have no true memories of youth.
Next: Carlos Ruiz Zafón – The Shadow of the Wind
Previous: Colm Tóibín – Homage to Barcelona