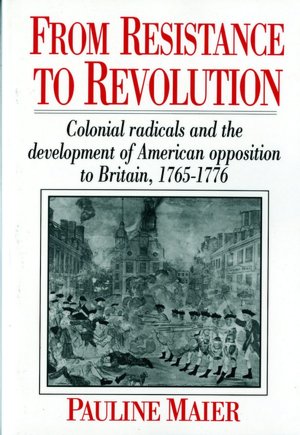 From Resistance to Revolution: Colonial Radicals and the Development of American Opposition to Britain, 1765–1776

A classic study of political mobilization in the colonial period. Maier situates the people who became American rebels in a long and fascinating history of incremental radicalization. One of her controversial (to me) arguments is that the “middling sort” actually worked to restrain lower-class resentment and activism throughout the period—I think that they did so eventually, but only after setting the mobs in motion and making their point to the colonial authorities. See the last pages of my Stamp Act paper for more details.