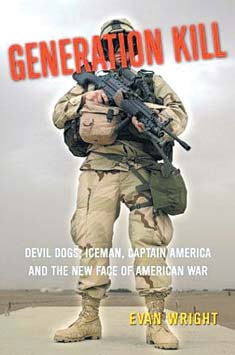 A Rolling Stone reporter “embedded” in a Marine battalion during the invasion of Iraq reports back, pulling no punches. Our military comes out looking like a high school gym class on PCP, but the soldiers Wright rode with come out looking like the good guys. I was impressed both by the honesty and the descriptive language of Generation Kill, and as for the awful stuff, what can we expect? It’s a war.