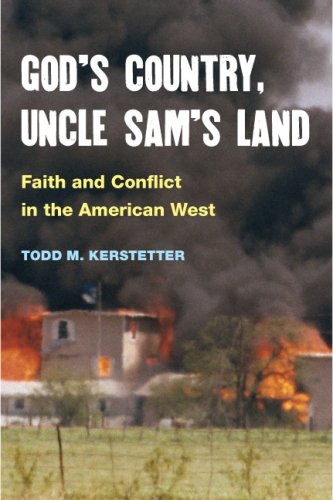 A history monograph with an original and fascinating concept. Kerstetter traces three unusual religious movements of the American West—the Indians’ Ghost Dance religion, Mormonism, and the Branch Davidians—and explains what happened when each one went further in its beliefs and practices than the federal government thought it could allow. The Mormons were driven out to Utah in a series of guerilla wars, the Paiute and Sioux were massacred by the U.S. Army, and the Branch Davidians died in an FBI shootout in Waco, Texas. The links between these movements and the backlashes against them are not immediately obvious, but Kerstetter makes a compelling case that the free practice of religion in America is heavily limited by the national cultural consensus of the time.

Next: Erik Larson – The Devil in the White City: Murder, Magic, and Madness at the Fair that Changed America
Previous: Mark Polizzotti – Highway 61 Revisited