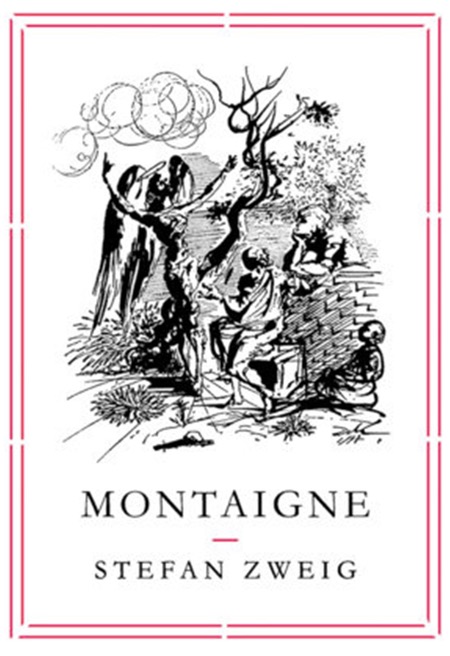 A short, nicely written biographical tribute to the essayist Michel de Montaigne by Stefan Zweig, a famous writer of his time in exile from Nazi Germany. Zweig rediscovered Montaigne’s writing and completed this book shortly before he committed suicide; in the introduction to this edition, it is proposed that Montaigne’s essays about mortality and the “good death” played a part in Zweig’s decision to kill himself and his wife. Even without that context, this is an accessible and interesting overview of Montaigne’s life.

Living in exile in the US and Britain during 1939 and 1940, Zweig had struggled to remain apart from the political, not to be drawn one way or the other, and he had been castigated for it. His lofty appeals for inner resistance seemed absurd and vague, out of touch, given the gravity of the situation. His self-confessed hatred of emotional public appeals had left him floundering before frustrated expectation. Now Montaigne, who artfully slipped out of the grasp of factions, of warring groups, of the crowd, suddenly looms from the dark thicket of war, and for Zweig his undying lamp in the tower window becomes a beacon of hope. In Montaigne’s stand, his decision to disengage from the external, Zweig sees a way out, if only in the imagination, of his own increasing sense of disempowerment, the languorous nihilism of exile, the feeling that the epoch’s implications are just too overwhelming to resist.
The world unfurled before us with its numberless countries; we were neither prisoners of the state, nor yoked to the service of war, nor arbitrarily submitted to tyrannical ideologies. It seemed to our generation that Montaigne was simply rattling chains we thought long since broken, and we could never imagine that in fact Fate had reforged them for us, far stronger and crueller than ever before.
In him I see the ancestor, the protector and the friend of each “homme libre” on earth, the most adept master at this new yet eternal science, the preserving of oneself above all other concerns.
Barely has he unearthed this when the activity which he has until then been indulging as simple “amusement” takes on a new seriousness. He becomes an auto-psychologist. “What do I know?” he asks himself. Only three or four men have asked this question before him. He is fearful of the task he has set himself. Right away he realizes that it is not a simple matter to say what one is. He tries to observe himself from the outside, to see himself “as might another”. He spies on himself, surveys himself, studies himself and becomes, as he later writes, “my own metaphysics, my own physics”. He never ceases looking and claims that for years nothing has escaped his gaze: “Rare is the moment that evades or conceals itself from my scrutiny.” He is no longer alone; he has a double. And he discovers that this “amusement” is interminable, that his self constantly evolves, that he travels in waves “ondulant”,* that the Montaigne of today is quite different from the Montaigne of yesterday. He firmly concludes that one develops only in phases, in different states, in details.
Next: Roxane Gay – Hunger: A Memoir of (My) Body
Previous: Alan Jacobs – How to Think: A Survival Guide for a World at Odds