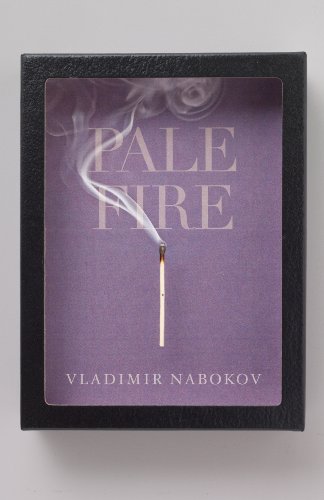 Pale Fire is a novel formatted as a long annotated poem, with most of the action taking place inside a commentary to the poem. The late poet John Shade’s friend and editor, Charles Kinbote, may be an escaped king or an insane professor. If that sounds complicated and obscure, that’s because it is. But the book is a treat—even Shade’s poem without Kinbote’s commentary is well worth reading.

One quibble: Nabokov seems to have stolen Kinbote’s unusual origin story from a turn-of-the century adventure novel, Anthony Hope’s The Prisoner of Zenda, down to the royal lookalikes and the imaginary country starting with a Z. Zembla is pretty clearly Zenda. But that’s part of the book’s game, like mentioning “lolita” and professor Pnin.

Next: Bill Buxton – Sketching User Experiences: Getting the Design Right and the Right Design
Previous: Scott Berkun – Confessions of a Public Speaker