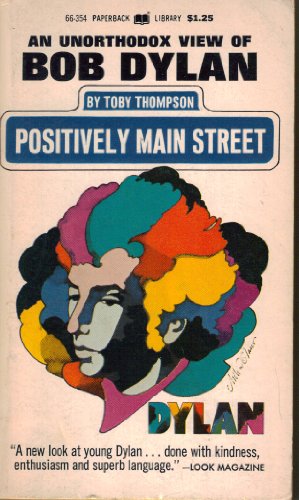 Toby Thompson, a writer hoping to get published in The Village Voice, did some investigative reporting in the late sixties. He traveled to Dylan’s hometown of Hibbing, MN, and talked to his mother. He found Dylan’s high school girlfriend, Echo, and took her on a few dates himself. He went to Dylan’s childhood house and laid down on his old bed. You get the idea.

The writing isn’t impressive; it’s a weak Kerouac impression. What’s notable about the book is (a) some insights into Dylan’s early life and (b) how consistently awkward and uncomfortable the author is.

★★★☆☆
Previous: A Narrative of the Life of David Crockett of the State of Tennessee by Davy Crockett
Next: The March by E. L. Doctorow