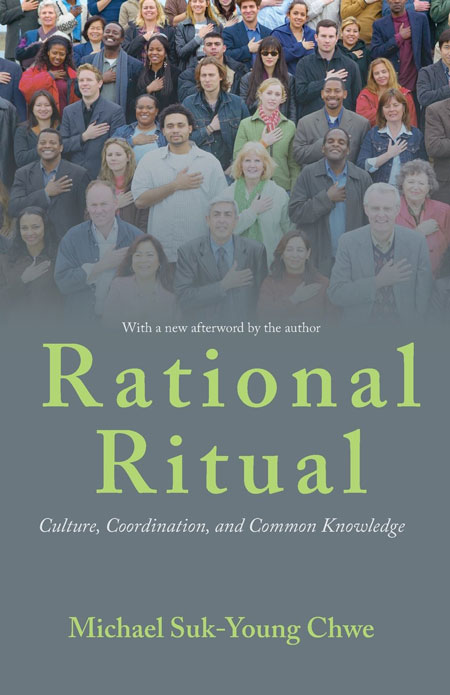 Social integration and political change can both be understood as coordination problems; I am more likely to support an authority or social system, either existing or insurgent, the more others support it. Public rituals, rallies, and ceremonies generate the necessary common knowledge. A public ritual is not just about the transmission of meaning from a central source to each member of an audience; it is also about letting audience members know what other audience members know.
David W. Stewart (1992, p. 4) notes that “it is curious and a bit embarrassing that more than ninety years of advertising research still leaves open the question of advertising effectiveness.… What is not well understood are … the conditions under which advertising will have effects and the specific form of those effects.”
If you and I are potential participants connected by a strong link, your friends are likely to be my friends, and the eagerness to participate among our group of friends would be common knowledge among us. If you and I are connected by a weak link, I don’t know your friends and you don’t know mine. In other words, the idea that weak links are always better for communication relies on the assumption that communication is about “first order” knowledge only and not about knowledge of what others know.
Sometimes, however, game theory is simply not good at prediction. Many game theoretic models have a large number of equilibria. For example, take the case of whether people drive on the right side of the road or on the left. Everyone driving on the right is an equilibrium in the sense that given that everyone else drives on the right, no one wants to “deviate” and drive on the left. Everyone driving on the left is also an equilibrium. Here there are two equilibria; we might be able to predict that everyone will drive on the same side, but we cannot predict whether that side will be the left or right. This is a very simple example, but, in general, the problem of indeterminacy can be severe, with many equilibria possible.
Next: Ben Lerner – 10:04
Previous: Lucy Knisley – Displacement: A Travelogue