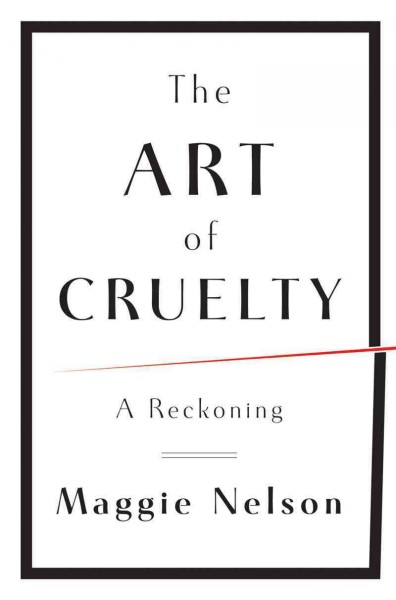 The Art of Cruelty: A Reckoning

My favorites were Camera 5, which featured a still patch of golden weeds with the directive, “During the day watch for subjects on foot carrying large bags,” and Camera 10, which featured a swiftly moving river alongside the directive, “During the day if you see four or five men in a boat report this activity. At night if you see vehicle, boat, or people movement report this activity.” The static, unending nature of the footage bears a weird resemblance to the endurance-based, art house aesthetic of, say, Andy Warhol’s Empire (1964)—a film that consists of eight hours and five minutes of continuous footage of the Empire State Building—or that of a virtual yule log, albeit one of a more sinister variety.
As Sontag has justly observed—and I think it bears repeating—focusing on the question of whether or not an image retains the capacity to produce a strong emotion sidesteps the problem that having a strong emotion is not the same thing as having an understanding, and neither is the same thing as taking an action.
“All cruel people describe themselves as paragons of frankness,” a Tennessee Williams character once proclaimed.
(The word “slapstick” comes from battacchio, an object used in Italian theater to produce a loud noise upon impact without hurting what it hits.)
Next: Ada Limón – Sharks in the Rivers
Previous: Nnedi Okorafor – Binti