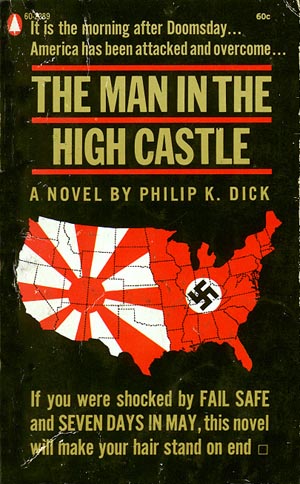 The Man in the High Castle

In an alternate-timeline San Francisco, the Nazis and Japanese won World War II. Japanese collectors pay top dollar for prewar American memorabilia, the geopolitical situation is shaky, there is drama among the characters. Most striking about this is Dick’s amazing depiction of temporary insanity when one character commits murder—you don’t even realize what’s happened for a while, like the character, and then suddenly you’re impressed by his technique.