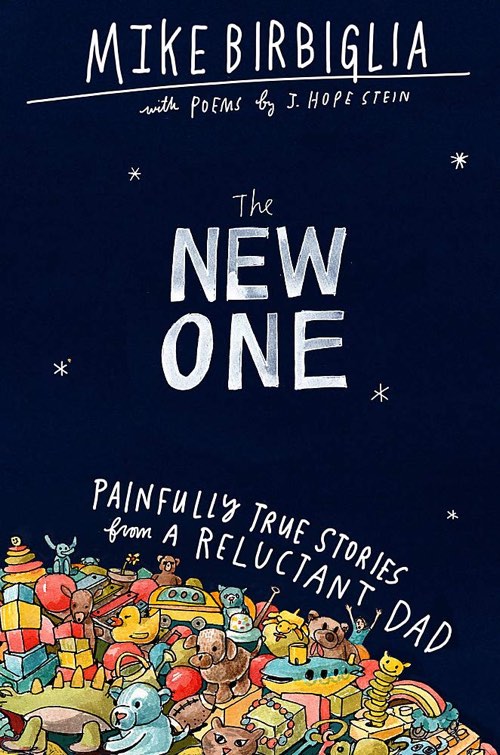 The New One: Painfully True Stories from a Reluctant Dad

Jen has a soft, sweet voice. It has a thread count of six hundred. It’s a voice that always seems like it’s telling you a secret or saying, “I’m gonna make tea.”
The instructor opens the class with the question: “What’s the most exciting thing about having baby?!” She looks around the room for answers. I don’t have anything. Jen doesn’t either. I’m also thrown when people don’t use the word “the.” Apparently, they don’t say “the baby” or “a baby.” They just say, “Baby!”
She sends me articles about how the government is lifting regulations on chemicals that are causing health problems in children. One night, a few weeks before, the organic store was closed, and Jen asked me to pick up some fruits and vegetables so I went to the nonorganic but also very expensive grocery store and returned home with nonorganic fruit. I don’t remember if it was raining that night but it was certainly raining in my heart when Jen said, “Didn’t you read the article I sent you?”
I’d say a majority of my life I’ve felt like I have the flu. Irritable and fuzzy. My personality is sort of flu. I feel like at my funeral someone might say, “It always seemed like he had the flu.” So when I actually get the flu, it’s a problem. I feel like there’s someone else inside my skin who’s dead. And, by the way, that might be the case. I’m not even sure what the flu is.
Next: Patricia Lockwood – No One is Talking About This
Previous: Anne Helen Peterson – Can't Even: How Millennials Became the Burnout Generation