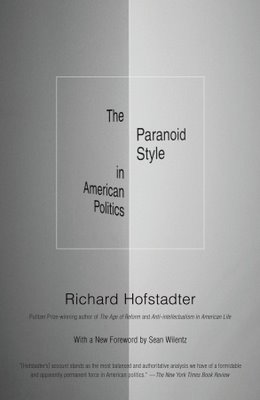 The Paranoid Style in American Politics and Other Essays

Hofstadter expertly discusses the tradition in American political life of conspiracy theories and traces the right-wing anti-Communist paranoia of the 1960s back through anti-Masonic and anti-Catholic prejudices in the early republic in the book’s opening, and strongest, essay. The rest of the book is composed of essays that are more or less variations on the theme. It is an important and readable book illuminating one of the most consistent and harmful themes in American political history.