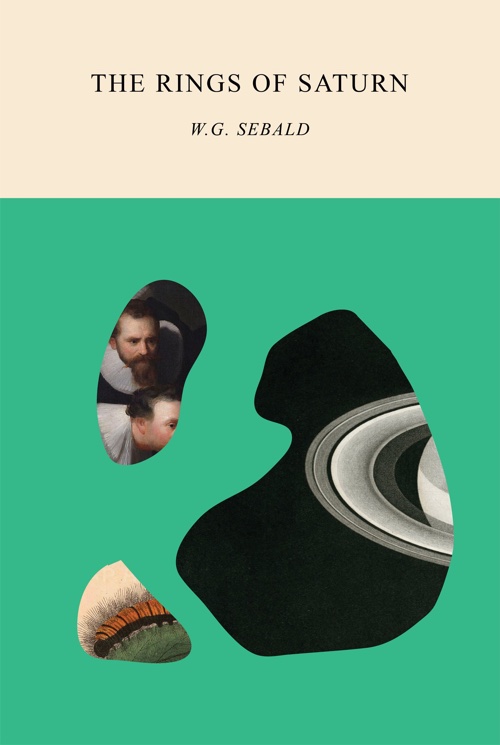 The Rings of Saturn

Much as in this continuous process of consuming and being consumed, nothing endures, in Thomas Browne’s view. On every new thing there lies already the shadow of annihilation. For the history of every individual, of every social order, indeed of the whole world, does not describe an ever-widening, more and more wonderful arc, but rather follows a course which, once the meridian is reached, leads without fail down into the dark. Knowledge of that descent into the dark, for Browne, is inseparable from his belief in the day of resurrection, when, as in a theatre, the last revolutions are ended and the actors appear once more on stage, to complete and make up the catastrophe of this great piece. As a doctor, who saw disease growing and raging in bodies, he understood mortality better than the flowering of life. To him it seems a miracle that we should last so much as a single day.
I do not believe that these men sit by the sea all day and all night so as not to miss the time when the whiting pass, the flounder rise or the cod come in to the shallower waters, as they claim. They just want to be in a place where they have the world behind them, and before them nothing but emptiness.
On that occasion, following a bad night spent at Baden in Switzerland, I had travelled via Basle and Amsterdam to The Hague, where I had taken a room in one of the less salubrious hotels near the station. I no longer remember whether it was the Lord Asquith, the Aristo, or the Fabiola. At all events, in the lobby of this establishment, which would deeply have depressed even the humblest of travellers, there sat two gentlemen, no longer in their first youth, who must have been partners for a long rime; and between them, in the stead of a child, as it were, was an apricot-coloured poodle.
And as I looked on these apples which shone through the half-light much as the golden apples likened in Proverbs to a word fitly spoken, the quite outlandish thought crossed my mind that these things, the kindling, the jiffy bags, the fruit preserves, the seashells and the sound of the sea within them had all outlasted me, and that Michael was taking me round a house in which I myself had lived a long time ago. But thoughts of this kind are dispelled as speedily as they appear. At all events, I did not pursue them in the years that have passed since then, perhaps because it is not possible to pursue them without losing one’s sanity.
I heard the woodwork of the old half-timber building, which had expanded in the heat of the day and was now contracting fraction by fraction, creaking and groaning. In the gloom of the unfamiliar room, my eyes involuntarily turned in the direction from which the sounds came, looking for the crack that might run along the low ceiling, the spot where the plaster was flaking from the wall or the mortar crumbling behind the panelling. And if I closed my eyes for a while it felt as if I were in a cabin aboard a ship on the high seas, as if the whole building were rising on the swell of a wave, shuddering a little on the crest, and then, with a sigh, subsiding into the depths. I did not get to sleep until day was breaking and the song of a blackbird was in my ear, and shortly thereafter I awoke once more from a dream…
Next: Jason Fried and David Heinemeier Hansson – It Doesn't Have to Be Crazy at Work
Previous: Geoff Manaugh – A Burglar's Guide to the City