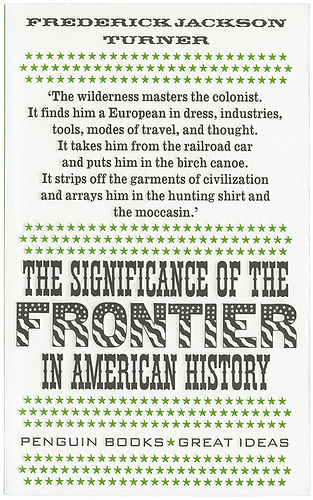 The Significance of the Frontier in American History

A speech delivered in 1899 that had a huge impact on American historiography. Turner’s theory of westward expansion as a “safety valve” for eastern tensions and impulses came just after the official closing of the frontier, as the West Coast filled in. The obvious implication, famously expressed by Theodore Roosevelt’s generation, was that Manifest Destiny was ready to move overseas.