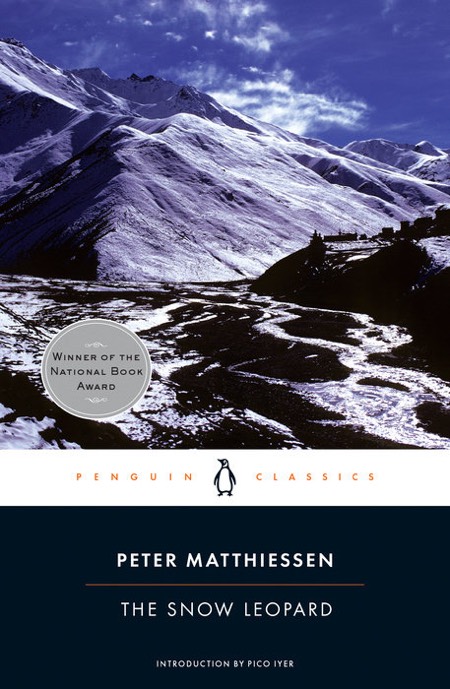 These simple and uneducated men comport themselves with the wise calm of monks, and their well-being is in no way separable from their religion.
In the Serengeti, [George Schalling] was much respected and well liked, and he has fine, old-fashioned qualities in abundance. His mix of brains, strength, and integrity is not so common, and counts for a lot on an expedition such as ours: how many of one’s friends, these days, could be entrusted with one’s life?
One night in 1945, on a Navy vessel in a Pacific storm, my relief on bow watch, seasick, failed to appear, and I was alone for eight hours in a maelstrom of wind and water, noise and iron; again and again, waves crashed across the deck, until water, air, and iron became one. Overwhelmed, exhausted, all thought and emotion beaten out of me, I lost my sense of self, the heartbeat I heard was the heart of the world, I breathed with the mighty risings and declines of earth, and this evanescence seemed less frightening than exalting.
Tukten has elf’s ears and a thin neck, a yellow face, and the wild wise eyes of a naljorpa, or Tibetan yogi. He radiates that inner quiet which is often associated with spiritual attainment, but perhaps his attainment is a dark one. The other Sherpas are uneasy with him; they mutter that he drinks too much, uses foul language, is not to be trusted. Apparently he has demeaned himself by taking this job as a porter. Yet they defer to him as if he possessed some sort of magic, and sometimes I think I feel his power, too.
“If you took people seriously in this part of the world,” he says, “you would never leave home.” And it is true that everywhere dangers and difficulties are exaggerated by the local people, if only as a good excuse for extortion or malingering: one must go oneself to know the truth.
In case I should need them, instructions for passage through the Bardo are contained in the Tibetan “Book of the Dead” which I carry with me—a guide for the living, actually, since it teaches that a man’s last thoughts will determine the quality of his reincarnation. Therefore, every moment of life is to be lived calmly, mindfully, as if it were the last, to insure that the most is made of the precious human state—the only one in which enlightenment is possible. And only the enlightened can recall their former lives; for the rest of us, the memories of past existences are but glints of light, twinges of longing, passing shadows, disturbingly familiar, that are gone before they can be grasped, like the passage of that silver bird on Dhaulagiri.
It is one thing to climb remote mountains if one has done it all one’s life; it is quite another to begin in middle age. Not that forty-six is too old to start, but I doubt that I shall ever welcome ice faces and narrow ledges, treacherous log bridges across torrents, the threat of wind and blizzard; in high mountains, there is small room for mistake. Why is death so much on my mind when I do not feel I am afraid of it?—the dying, yes, especially in cold (hence the oppression brought by this north wind down off the glaciers, and by the cold chop on the cold lake), but not the state itself. And yet I cling—to what? What am I to make of these waves of timidity, this hope of continuity, when at other moments I feel free as the bharal on those heights, ready for wolf and snow leopard alike?
Rock, and snow peaks all around, the sky, and great birds and black rivers—what words are there to seize such ringing splendor? But again something arises in this ringing that is not quite bearable, a poised terror, as in the diamond ice that cracks the stone. The brain veers; the sun glints like a weapon.
I grow into these mountains like a moss. I am bewitched. The blinding snow peaks and the clarion air, the sound of earth and heaven in the silence, the requiem birds, the mythic beasts, the flags, great horns, and old carved stones, the rough-hewn Tartars in their braids and homespun boots, the silver ice in the black river, the Kang, the Crystal Mountain. Also, I love the common miracles—the murmur of my friends at evening, the clay fires of smudgy juniper, the coarse dull food, the hardship and simplicity, the contentment of doing one thing at a time: when I take my blue tin cup into my hand, that is all I do. We have had no news of modern times since late September, and will have none until December, and gradually my mind has cleared itself, and wind and sun pour through my head, as through a bell.
Next: Ted Chiang – Exhalation
Previous: Tim Hwang – Subprime Attention Crisis: Advertising and the Time Bomb at the Heart of the Internet