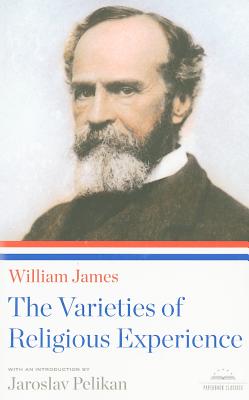 The Varieties of Religious Experience

To plead the organic causation of a religious state of mind, then, in refutation of its claim to possess superior spiritual value, is quite illogical and arbitrary, unless one has already worked out in advance some psycho-physical theory connecting spiritual values in general with determinate sorts of physiological change. Otherwise none of our thoughts and feelings, not even our scientific doctrines, not even our dis-beliefs, could retain any value as revelations of the truth, for every one of them without exception flows from the state of its possessor’s body at the time…

It is the character of inner happiness in the thoughts which stamps them as good, or else their consistency with our other opinions and their serviceability for our needs, which make them pass for true in our esteem.

In the natural sciences and industrial arts it never occurs to anyone to try to refute opinions by showing up their author’s neurotic constitution. Opinions here are invariably tested by logic and by experiment, no matter what may be their author’s neurological type. It should be no otherwise with religious opinions. Their value can only be ascertained by spiritual judgments directly passed upon them, judgments based on our own immediate feeling primarily; and secondarily on what we can ascertain of their experiential relations to our moral needs and to the rest of what we hold as true.

Immediate luminousness, in short, philosophical reasonableness, and moral helpfulness are the only available criteria. Saint Teresa might have had the nervous system of the placidest cow, and it would not now save her theology, if the trial of the theology by these other tests should show it to be contemptible. And conversely if her theology can stand these other tests, it will make no difference how hysterical or nervously off her balance Saint Teresa may have been when she was with us here below.

p. 33
Religion, therefore, as I now ask you arbitrarily to take it, shall mean for us the feelings, acts, and experiences of individual men in their solitude, so far as they apprehend themselves to stand in relation to whatever they may consider the divine. Since the relation may be either moral, physical, or ritual, it is evident that out of religion in the sense in which we take it, theologies, philosophies, and ecclesiastical organizations may secondarily grow. In these lectures, however, as I have already said, the immediate personal experiences will amply fill our time, and we shall hardly consider theology or ecclesiasticism at all.p. 43

“He believes in No-God, and he worships him,” said a colleague of mine of a student who was manifesting a fine atheistic ardor; and the more fervent opponents of Christian doctrine have often enough shown a temper which, psychologically considered, is indistinguishable from religious zeal.

But so very broad a use of the word “religion” would be inconvenient, however defensible it might remain on logical grounds. There are trifling, sneering attitudes even toward the whole of life; and in some men these attitudes are final and systematic. It would strain the ordinary use of language too much to call such attitudes religious, even though, from the point of view of an unbiased critical philosophy, they might conceivably be perfectly reasonable ways of looking upon life.

If religion is to mean anything definite for us, it seems to me that we ought to take it as meaning this added dimension of emotion, this enthusiastic temper of espousal, in regions where morality strictly so called can at best but bow its head and acquiesce. It ought to mean nothing short of this new reach of freedom for us, with the struggle over, the keynote of the universe sounding in our ears, and everlasting possession spread before our eyes. 10

10 Once more, there are plenty of men, constitutionally sombre men, in whose religious life this rapturousness is lacking. They are religious in the wider sense; yet in this acutest of all senses they are not so, and it is religion in the acutest sense that I wish, without disputing about words, to study first, so as to get at its typical differentia.