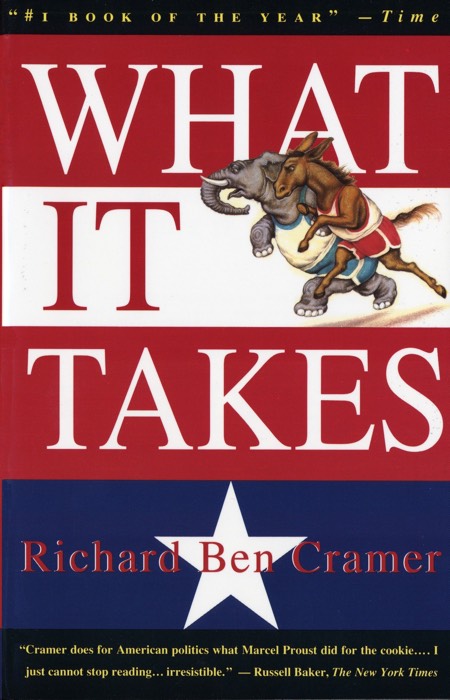 What It Takes: The Way to the White House

[Joe Biden] ran because people told him he should—their expectations ... he’d tried to do it by the numbers, so much money, so many consultants, positions, speeches, state directors ... but he couldn’t picture himself there, so he never could take control of how people saw him. He never had seen the why now, and why it had to be him. So how could he make others see? He would never do that—never do anything big again—without that certainty of obligation. And that’s what he told people, after he was well, when they came to him in the Age of Bush and told him he had to run next time. He said he was exactly where he belonged, for this time in his life; he was doing exactly what he should. He was doing good work in the Senate. He was taking care of his wife and his children, enjoying them, and enjoying them having him.

It was strange—a man like Biden, he’d had his face rubbed in mortality so hard, you’d think he would hear, for evermore, his earthly clock ticking ... but no. He thought, there would be time. If there came a time when he should run for the White House, he’d know ... but more than that. And this was at the bottom. This was what gave him his blessed absence of fever. There would be time, in his life, to establish in everyone’s mind, that he was of good character. If he lived long enough, that, too, would come. People would know, he never cheated in law school.