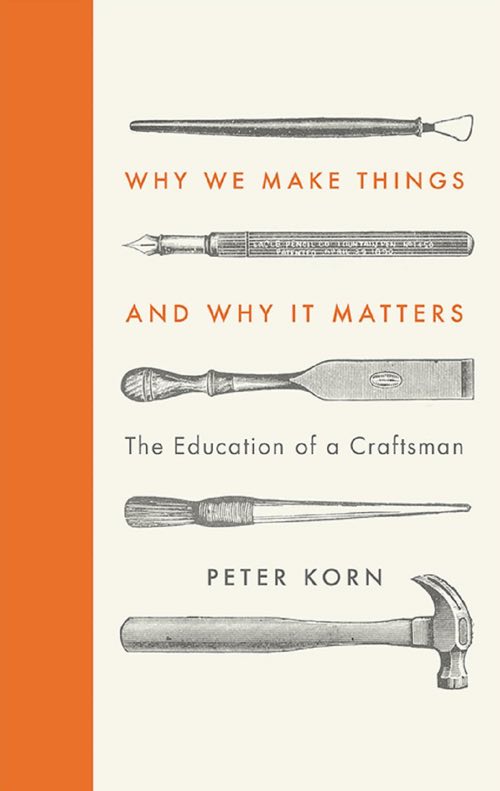 Why We Make Things and Why It Matters: The Education of a Craftsman

There was a time when I assumed that becoming a master craftsman would be a process of enlightenment. My hands were still ignorant then, and I was searching for an occupation in which I could forge an adult self. Eager for competence, I thought that having one's craft together would mean having one's life together. Today, having become reasonably competent as a furniture maker, I know better.hahaha oof
It was no accident that a young person in 1974 was searching for a meaningful and fulfilling way to inhabit adulthood, nor that he would turn to a craft. The culture of my time and place poured through me like water through a weir. Craft was a concept that lodged in the netting.
Furniture, after all, is more than an object of contemplation; it is a prescription for the life to be lived around it. All the world may be a stage, but for the most part it comes preset with inherited props. The furnishings among which we play out our lives... express the time-bound perspectives of the people who made them, just as they may reflect the prejudices, passions, and predilections of the people who own them. They are cues that convey meaning, shape our identities, and provide us with a sense of continuity.
Next: Jenny Odell – Inhabiting the Negative Space
Previous: John Koenig – The Dictionary of Obscure Sorrows