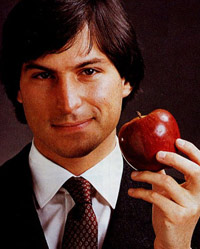 On October 5, 2011, the night Steve Jobs died of cancer, Lapham’s Quarterly posted this tribute to him, paired with a grainy photograph:

Genius: Range of mind, power of imagination, and responsiveness of soul: this is genius. The man of genius has a soul with greater range, can therefore be struck by the feelings of all beings, is concerned with everything in nature, and never receives an idea that does not evoke a feeling. Everything stirs him and everything is retained within him….

— Jean-François de Saint-Lambert, from the Encyclopédie.

He was a charismatic leader, a genius not in technical ability but in the emotive, associative, synthetic sense of St.-Lambert’s definition. If Walter Isaacson’s book Steve Jobs proves nothing else about the man, it is that Steve “never receives an idea that does not evoke a feeling.” This sensitivity to the outside world—especially to the design of objects and experiences—is one of Jobs’s defining characteristics and a major subject of the book.

Steve picked Isaacson, who has written lives of Albert Einstein and Benjamin Franklin, as his authorized biographer. He gave Isaacson free rein and unprecedented access, asking friends and family to share their honest opinions. He repeatedly promised not to read the book before it came out, insisting that an accurate account of his life and work was the whole point.

It’s good that he didn’t read it, I think, because Steve doesn’t exactly inspire sympathy. In fact, Isaacson outright calls him an asshole, which is unusual in a biography: “This made him charismatic and inspiring, yet also, to use the technical term, an asshole at times.”1 Steve cried when he didn’t get his way. He threw tantrums and abused people who were doing their jobs, and he got away with it mostly because he was rich and powerful. As a teenager he practiced intimidation by staring at people without blinking.2 He parked in handicapped spots, cheated his best friend out of hundreds of dollars once, was a distant father at best. He was no model citizen, had no way of coping with the disconnect between his countercultural ideals and his ruthless business persona, was cruel according to his sense of right.

The important thing, though, is how Jobs adapted his neuroses to serve larger goals. For example, here’s what Fortune heard about Steve’s performance at an all-hands auditorium meeting of the MobileMe team in 2008:

According to a participant in the meeting, Jobs walked in… and asked a simple question: “Can anyone tell me what MobileMe is supposed to do?” Having received a satisfactory answer, he continued, “So why the fuck doesn’t it do that?”

For the next half-hour Jobs berated the group. “You’ve tarnished Apple’s reputation,” he told them. “You should hate each other for having let each other down.”

And that’s professional, semi-public behavior. In the book and other sources there are many examples of harsher treatment for lesser offenses. Andy Hertzfeld, one of the original Mac engineers, says, “The key question about Steve is why he can’t control himself at times from being so reflexively cruel and harmful to some people.” 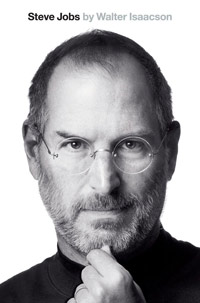 Because of Steve’s inability to act kindly and control his anger, I’ve never completely accepted him as the hero figure so many people see.3 On the other hand, the meeting described above led straight to the development of iCloud, which has been really successful so far and represents Apple’s strategy for the next decade. So it went with most of Jobs’s tantrums: he cared above all about making great products, and would go to extremes to bring them to fruition. The world is better and more interesting for his contributions, so I say here’s to the crazy ones.

It is probably true that, as John Siracusa said on his podcast, Isaacson was the wrong guy for this job. The book has errors that its subject would hate. (Mac OS X, for example, becomes “OSX.”) It was obviously released early, skipping an editing cycle or two, to capitalize on Steve’s death in late 2011. Isaacson doesn’t quite seem to understand the technology industry, so instead of seeing the industry through Jobs’s life, we see a human-interest story in a business context. And that’s still valuable, if you can resist the temptation to extract general lessons from the life of a very unusual man. I’ll resist doing it here.

The bottom line is that it’s a thought-provoking and important book, despite its flaws and Steve’s.

The line below that is, I still miss knowing he’s out there, making his dent in the universe. 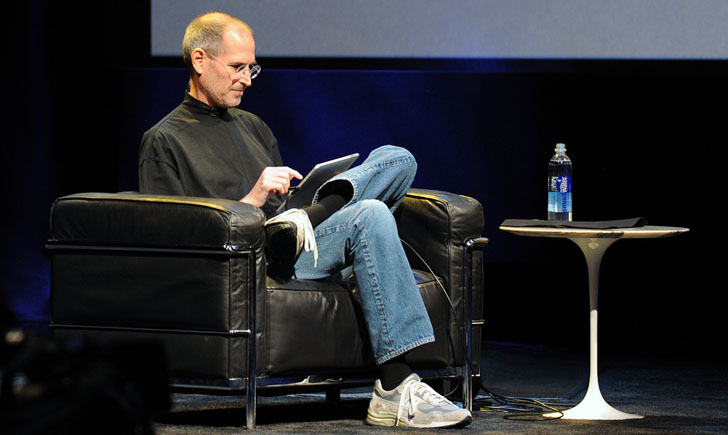