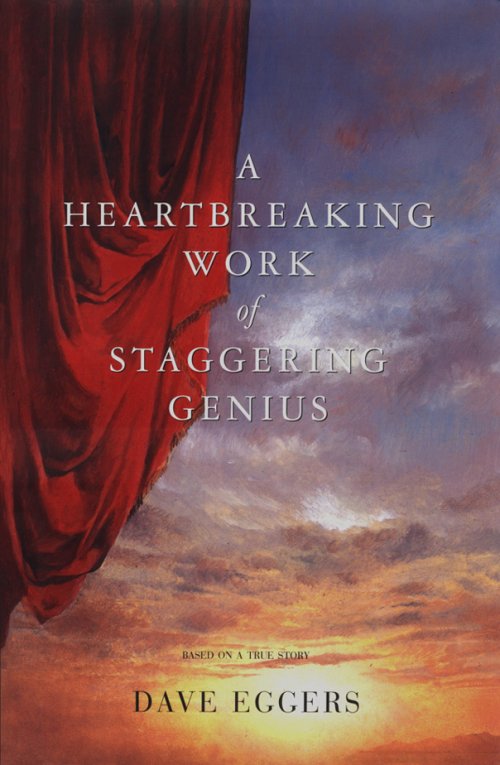 A Heartbreaking Work of Staggering Genius

Man, where do you start with this book? It’s about Dave Eggers raising his little brother in San Francisco after their parents die of cancer, and then trying his hardest to be an adult. The (mostly true) plot is wild enough, but then conversations start melting into self-critical fourth-wall-breaking exchanges between the characters and the author (suddenly not a character.) I wouldn’t go so far as to say “staggering genius,” but this is definitely a brave, weird, and highly entertaining book.

Next: Graeme Thomson – I Shot a Man in Reno: A History of Death by Murder, Suicide, Fire, Flood, Drugs, Disease, and General Misadventure, As Related In Popular Song
Previous: Sloane Crosley – I Was Told There'd Be Cake: Essays