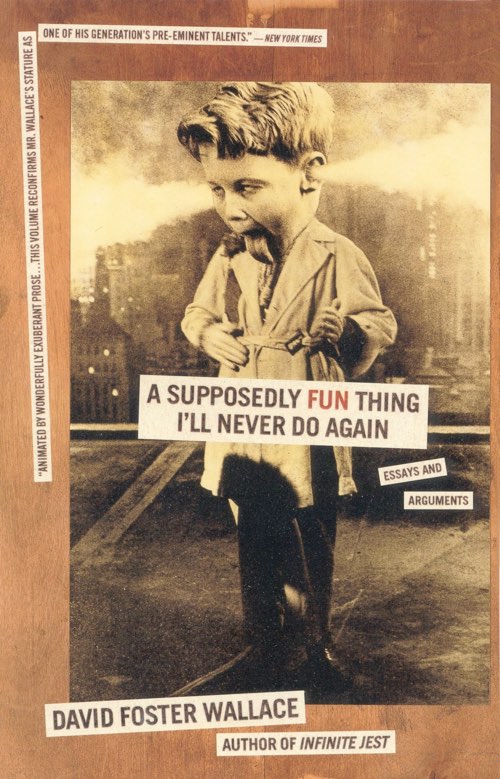 The wind would just die some August days, and it was no relief at all; the cessation drove us nuts. Each August, we realized afresh how much the sound of wind had become part of the soundtrack to life in Philo. The sound of wind had become, for me, silence. When it went away, I was left with the squeak of the blood in my head and the aural glitter of all those little eardrum hairs quivering like a drunk in withdrawal.
Lonely people tend, rather, to be lonely because they decline to bear the psychic costs of being around other humans. They are allergic to people. People affect them too strongly. Let’s call the average U.S. lonely person Joe Briefcase. Joe Briefcase fears and loathes the strain of the special self-consciousness which seems to afflict him only when other real human beings are around, staring, their human sense-antennae abristle. Joe B. fears how he might appear, come across, to watchers. He chooses to sit out the enormously stressful U.S. game of appearance poker. But lonely people, at home, alone, still crave sights and scenes, company. Hence television.
I do not agree with reactionaries who regard TV as some malignancy visited on an innocent populace, sapping IQs and compromising SAT scores while we all sit there on ever fatter bottoms with little mesmerized spirals revolving in our eyes. ... Take jaded TV-critics, or our acquaintances who sneer at the numbing sameness of all the television they sit still for. I always want to grab these unhappy guys by the lapels and shake them until their teeth rattle and point to the absence of guns to their heads and ask why the hell they keep watching, then.
It’s well up in the 90s and the sky is the color of old jeans.
Wearying t-crossings like “I will isolate three of his claims in particular, disagreeing with two of them and agreeing with the other,” and microprecise critiques like “Wimsatt and Beardsley’s error may be hidden behind the passive voice; Cain’s is hidden behind the present tense” make the reader wish Hix’s editor had helped him delete gestures that seem directed at thesis committees rather than paying customers.
A lot of the script people and wardrobe people and production assistants are also female, but they’re of a different genus—younger, less lean and more vulnerable, without the technically savvy self-esteem of the camera/sound women. As opposed to the hands-on women’s weltschmerzian cool, the script and P.A. females all have the same pained “I-went-to-a-really-good-college-and-what-am-I-doing-with-my-life” look in their eyes, the sort of look where you know that if they’re not in twice-a-week therapy it’s only because they can’t afford it.
This is the reason why even a really beautiful, ingenious, powerful ad (of which there are a lot) can never be any kind of real art: an ad has no status as gift, i.e. it’s never really for the person it’s directed at.
Next: Patrick DeWitt – French Exit
Previous: Tamara Shopsin – Arbitrary Stupid Goal