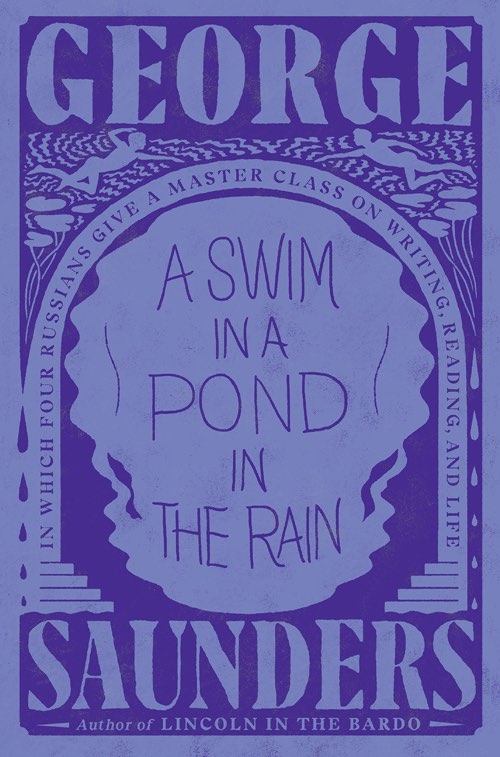 A Swim in a Pond in the Rain: In Which Four Russians Give a Master Class on Writing, Reading, and Life

Behind the door of every contented, happy man there ought to be someone standing with a little hammer and continually reminding him with a knock that there are unhappy people, that however happy he may be, life will sooner or later show him its claws, and trouble will come to him—illness, poverty, losses, and then no one will see or hear him, just as now he neither sees nor hears others. But there is no man with a hammer. The happy man lives at his ease, faintly fluttered by small daily cares, like an aspen in the wind—and all is well.Anton Chekov, "Gooseberries"
When we talk about fiction, we tend to use terms like “theme,” “plot,” “character development,” and “structure.” I’ve never, as a writer, found these very useful. (“Your theme’s no good” gives me nothing to work with, and neither does “You might want to make your plot better.”) These terms are placeholders, and if they intimidate us and block us up, as they tend to do, we might want to put them aside and try to find a more useful way to think about whatever it is they’re placeholding for.
When I was a kid, Lipton had a TV commercial with the catchphrase “Is it soup yet?” We’re always asking, of a work we’re reading (even if it’s one of our own): “Is it story yet?” That’s the moment we’re seeking as we write. We’re revising and revising until we write the text up, so to speak, and it produces that “now it’s a story” feeling.
Everywhere we go, people are (mostly) kind and earnest and seem to believe in approximately the same things we do: responsibility, truth, neighborliness. And yet every night, on the news, etc., etc. And also, every era, in the history books, etc., etc. There is no cruel thing someone hasn’t done somewhere, no story of degradation and hopelessness that hasn’t been lived by someone (isn’t being lived by someone right now). Personally, I’ve never met a person who was evil in the classic Hollywood mode, who throws down happily on the side of evil while cackling, the sworn enemy of all that is good because of some early disillusionment. Most of the evil I’ve seen in the world—most of the nastiness I’ve been on the receiving end of (and, for that matter, the nastiness I, myself, have inflicted on others)—was done by people who intended good, who thought they were doing good, by reasonable people, staying polite, making accommodations, laboring under slight misperceptions, who haven’t had the inclination or taken the time to think things through, who’ve been sheltered from or were blind to the negative consequences of the belief system of which they were part, bowing to expedience and/or “commonsense” notions that have come to them via their culture and that they have failed to interrogate.
Next: Oliver Sacks – On the Move: A Life
Previous: Patricia Lockwood – No One is Talking About This