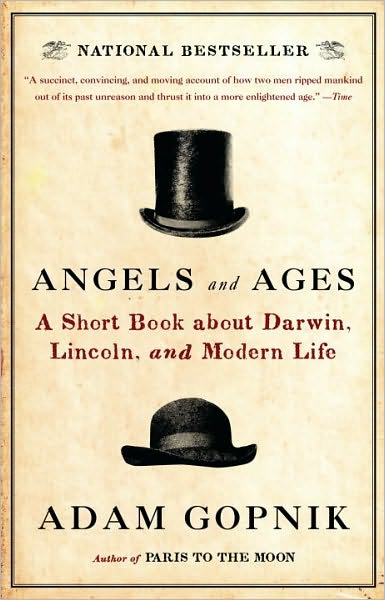 Angels and Ages: A Short Book about Darwin, Lincoln, and Modern Life

Abraham Lincoln and Charles Darwin were born on the same day in 1809, which serves as the excuse for this short comparative biography written 200 years later. Gopnik does an expert job at telling each man’s story in just enough detail to make a case that the two of them changed intellectual history (science and politics) in similar ways, through their parallel development of a new “liberal voice.” This is a great book on its own, but it also made me want to go and read more by both Lincoln and Darwin. You don’t have to agree with Gopnik that they were both engaged somehow in the same project to appreciate his thoughts on their work.

Next: Nick Harkaway – The Blind Giant: Being Human in a Digital World
Previous: Tom Standage – The Victorian Internet: The Remarkable Story of the Telegraph and the Nineteenth Century’s On-line Pioneers