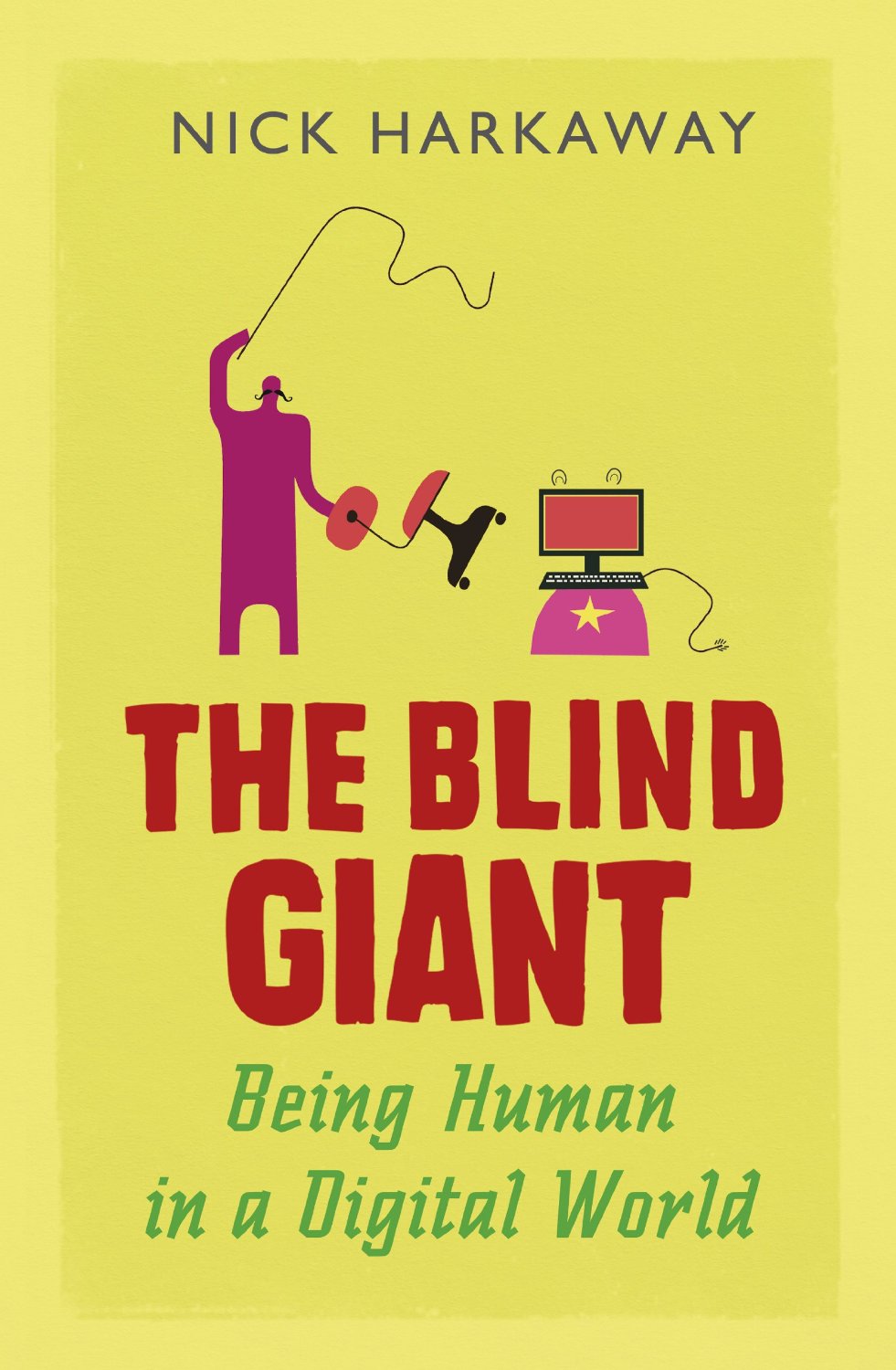 The Blind Giant: Being Human in a Digital World

Yes, of course, there are conflicting constraints of portability. But the ingenuity that has been applied to other seemingly insurmountable problems is absent. The designs are convenient for a non-human mass-production and distribution system, and that convenience is then packaged as being something desirable, something to be aspired to.
And it’s true: being able to put together a document for public consumption and make it available does make you a publisher – in exactly the same way that owning an aeroplane makes you an aviator.
There are simple historical reasons why we tend to think of computer-mediated communications as a separate place, but the separation is a false one.
For centuries, the idea of democracy has relied on a public sphere of debate that would inform the decisions and understanding of the electorate, but the existence of such an area has been uncertain at best. Now it’s there, and you can choose to be part of it. Learn that you are one of many, and understand that that is not a statement of insignificance, but the reverse.
John Gilmore’s now famous quote that ‘The Net interprets censorship as damage and routes around it’.
And yet this is the situation in which our society has been up to this point. The feedback from our collective actions has been too slow to understand and too late to do anything about. The vast collective strength we have has been rendered almost useless by the slow speed of our senses. Only when we have been enraged or assailed, when the state of affairs has been so unequivocal that we’ve been able to recognize it and hold fast to that understanding, have we been able to bring to bear even a fraction of the strength we have. In other words, the giant has been blind.
Email addresses, for example, can yield basic or even fairly complex information if you know how to read them: a .edu suffix means an American educational institution; .ac.uk means a British one. A Gmail address is generic, but a Gmail address with a common name without numbers – john@gmail.com – suggests a very early adopter of the Gmail service, someone who was already immersed in the Net in 2004. Apple’s paid-for addresses have changed from mac.com to me.com, so someone who still uses a mac.com address is probably older than twenty-five and a little bit stubborn (like me). Other domains such as aol.com and .gov addresses tell other stories. Other services – blogs and Twitter pages – can have similar clues and cues.
We live in a time when boundaries of the possible are elastic, while our unconscious notions of what can and cannot be done remain lodged in a sort of spiritual 1972.
Rheingold gives three easy ways of spotting a dream: physical laws don’t work; text changes when you read it twice or is illegible; switches and mechanisms that ought to function do nothing. He advises would-be lucid dreamers to check these things frequently throughout the day so that they do it naturally, and hence while dreaming.
Facebook is not free: you pay for it with your data, which is then traded on to get attention – and not just your attention, specifically, although ads will be targeted and tailored directly to you, but the attention of the group or groups you represent, the cross-referenced, modelled, Platonic you.
Twitter isn’t about letting your favourite movie star know that you daydream about him when you’re brushing your teeth. It’s about knowing what everyone else is thinking throughout the day and seeing your own opinion resonate – or not – with a large group. And from that knowledge can come a campaign to save a TV show, or a student protest, or a revolution.
Piracy is robbery with violence, often segueing into murder, rape and kidnapping. It is one of the most frightening crimes in the world. Using the same term to describe a twelve-year-old swapping music with friends, even thousands of songs, is evidence of a loss of perspective so astounding that it invites and deserves the derision it receives. Unsanctioned file-sharing is not piracy, it’s littering.
Next: Jonathan Lethem – Fear of Music
Previous: Adam Gopnik – Angels and Ages: A Short Book about Darwin, Lincoln, and Modern Life