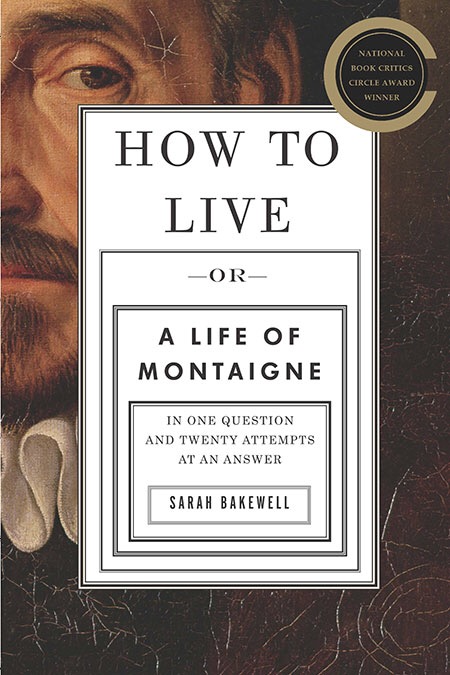 How to Live: Or a Life of Montaigne in One Question and Twenty Attempts at an Answer

As Montaigne the man went about his daily life on the estate, Montaigne the writer walked behind him, spying and taking notes.
The changes of direction are partly explained by this questioning attitude, and partly by his having written the book over twenty years. A person’s ideas vary a lot in two decades, especially if the person spends that time traveling, reading, talking to interesting people, and practicing high-level politics and diplomacy. Revising earlier drafts of the Essays over and over again, he added material as it occurred to him, and made no attempt to box it into an artificial consistency. Within the space of a few lines, we might meet Montaigne as a young man, then as an old man with one foot in the grave, and then again as a middle-aged mayor bowed down by responsibilities.
The Renaissance was a period in which, while any hint of real homosexuality was regarded with horror, men routinely wrote to each other like lovestruck teenagers. They were usually in love less with each other than with an elevated ideal of friendship, absorbed from Greek and Latin literature.
All the schools had the same aim: to achieve a way of living known in the original Greek as eudaimonia, often translated as “happiness,” “joy,” or “human flourishing.” This meant living well in every sense: thriving, relishing life, being a good person. They also agreed that the best path to eudaimonia was ataraxia, which might be rendered as “imperturbability” or “freedom from anxiety.” Ataraxia means equilibrium: the art of maintaining an even keel, so that you neither exult when things go well nor plunge into despair when they go awry. To attain it is to have control over your emotions, so that you are not battered and dragged about by them like a bone fought over by a pack of dogs.
Anyone who clears their vision and lives in full awareness of the world as it is, Seneca says, can never be bored with life. A person who does not sleepwalk through the world, moreover, is freed to respond to situations in the right way, without hesitation—as if they were questions asked all of a sudden, as Epictetus puts it. A violent attack, a quarrel, the loss of a friend: all these are demands barked at you by life, as by a schoolteacher trying to catch you not paying attention in class. Even a moment of boredom is such a question. Whatever happens, however unforeseen it is, you should be able to respond in a precisely suitable way. This is why, for Montaigne, learning to live “appropriately” (à propos) is the “great and glorious masterpiece” of human life.
Not everyone can have the benefit of being insane, but anyone can make life easier for themselves by turning down the beam of their reason slightly. With grief, in particular, Montaigne learned that he could not recover simply by talking himself out of it.
Next: Richard Reeves – President Nixon: Alone in the White House
Previous: Tim Krabbé – The Rider