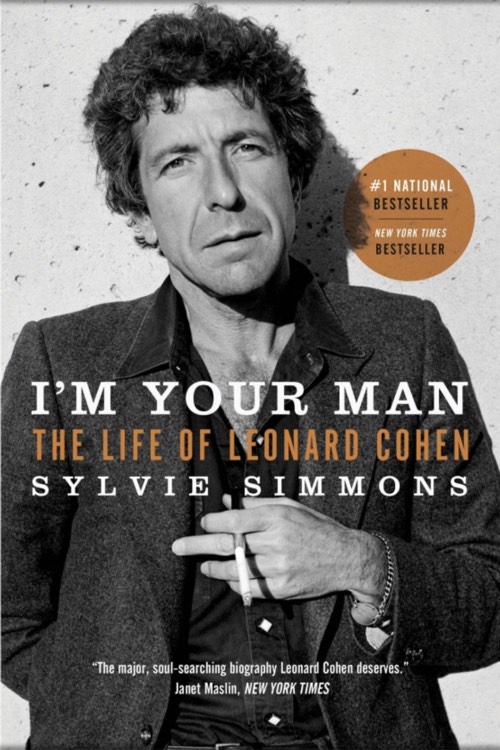 I’m Your Man: The Life of Leonard Cohen

“…But there was never any sense that this would have any future, that there was anything but the moment. No sense of a career involved at all. The word ‘career’ always had an unattractive and burdensome resonance in my heart. My idea mostly was to avoid participating in that activity called career, and I’ve been pretty much able to avoid it.”
These two books were sacred texts of the Beats, a literary movement dedicated to personal liberty, truth and self-expression and influenced by bebop jazz, Buddhism and experiments with drugs and sex. The Beats were hard-core. Howl had been banned for obscenity, before a celebrated court case put it back on the shelves, and Kerouac had conducted a private, backyard ceremony before sending out his first manuscript, in which he dug a hole, inserted his penis and mated with the earth.
He was in Havana on the day of the Bay of Pigs invasion, April 17, 1961. From his hotel room he could hear antiaircraft fire and see troops running through the streets. He did not leave the city until April 26.
“Around thirty or thirty-five is the traditional age for the suicide of the poet, did you know?” Leonard told Richard Goldstein of the Village Voice in 1967. “That’s the age when you finally understand that the universe does not succumb to your command.”
It was “written in blood,” Leonard said. He was writing, at various points, ten, fifteen, twenty hours a day. He wrote on his terrace, in his basement room and “behind his house on a table set among the rocks, weeds and daisies.” He wrote with the Ray Charles album The Genius Sings the Blues for company, until the LP warped in the sun and then he turned on the radio, tuning it to the American Forces station, which mostly played country music. “It was a blazing hot summer. I never covered my head. What you have in your hands is more of a sunstroke than a book.”
Next: Yayoi Kusama – Every Day I Pray For Love
Previous: Martin Short – I Must Say: My Life as a Humble Comedy Legend