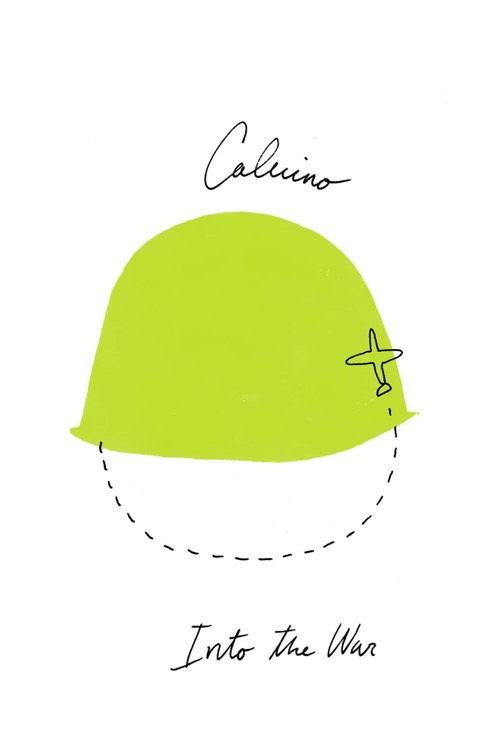 As evening fell, I headed home and it felt as if days and days had passed. All I had to do was close my eyes and I saw the long lines of refugees again, with their knobbly hands around the soup bowls. The war had that colour and that smell; it was a grey, swarming continent, in which we were now immersed, a kind of desolate China, infinite like the sea. Going back home was now like being a soldier on leave, who knows that everything he finds only lasts a short while, an illusion. It was a bright evening, the sky had turned reddish, and I was walking up a road between houses and pergolas.
He was not in the usual billiard halls; to go to his house I had to go up into the old town. Under the dark archways lamps that were daubed with blue emitted a fake light, which did not reach the edges of the alleyways and cobbled steps, but was reflected only on the streaks of white paint marking the steps. I guessed I was passing by people sitting in the dark outside their houses, on their doorsteps or astride straw-bottomed chairs. The shadows were padded, so to speak, with these human presences, which manifested themselves in chatter, sudden calls and laughter, though always in hushed, intimate tones, and also sometimes in the white of a woman's arm or a dress. From the darkness of an archway I finally popped out under the open sky: only then did I see, between the branches of a carob tree, that it was starless but clear. There the city finished its cluster of houses and started to dwindle into the countryside and to extend its untidy offshoots up the valleys. Beyond the walls of a garden the white shadows of the villas on the opposite slope let out only tiny slivers of light around the window frames. A road that was flanked by a metallic fence went halfway down the hill to the river, and there, in a little house topped by a terrace with a pergola, was where Biancone lived.
The fact is, I still had that need for friends that is typical of the young, in other words: the need to give sense to what they live through by discussing it with others; what I mean is that I was far from that manly self-sufficiency that can only be acquired through love and which is a mixture of integration with others and solitude.
Next: Lucy Knisley – Go to Sleep (I Miss You): Cartoons from the Fog of New Parenthood
Previous: James S. A. Corey – Leviathan Falls