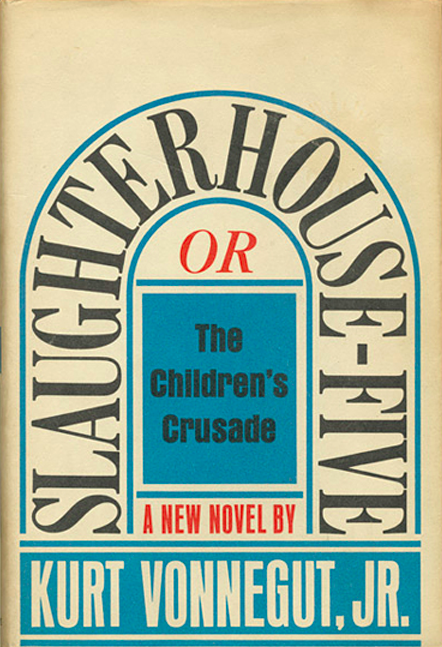 Slaughter-House Five, or, The Children’s Crusade

Basically just one of the greatest books of the 20th century. Vonnegut’s prose is fantastic and this is one of the funniest, saddest, most enchanting books he ever wrote. I don’t really know what else to say, except you have to read the introduction as well as the rest of the book.

I have told my sons that they are not under any circumstances to take part in massacres, and that the news of massacres of enemies is not to fill them with satisfaction or glee.
And Lot’s wife, of course, was told not to look back where all those people and their homes had been. But she did look back, and I love her for that, because it was so human. So she was turned to a pillar of salt. So it goes. People aren’t supposed to look back. I’m certainly not going to do it anymore. I’ve finished my war book now. The next one I write is going to be fun. This one is a failure, and had to be, since it was written by a pillar of salt.
He also began to suspect, since he was so much busier than anybody else, that he was the leader.
An American near Billy wailed that he had excreted everything but his brains. Moments later he said, “There they go, there they go.” He meant his brains. That was I. That was me. That was the author of this book.
Next: Gary Snyder – Riprap and Cold Mountain Poems
Previous: Theodore Roosevelt – Hunting the Grisly and Other Sketches