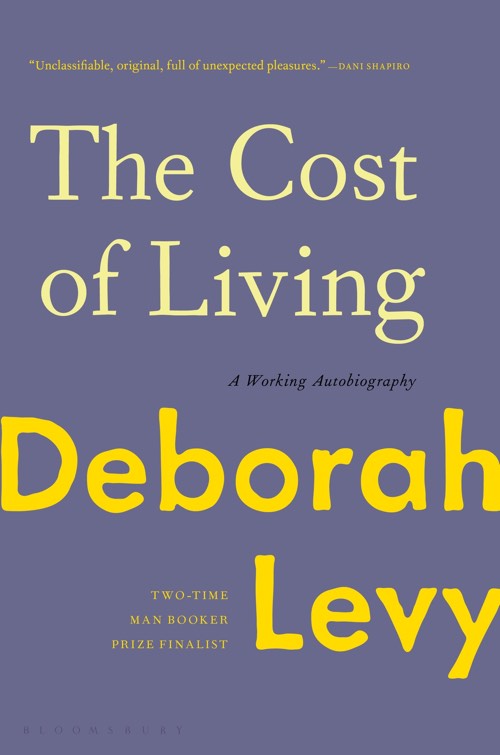 The Cost of Living: A Working Autobiography

Celia understood that I would be writing at all hours, and introduced me to her many friends as She Who Lurks in the Garden. No one was allowed to interrupt me on her watch; to knock on the door and solicit a conversation (the weather, the news, the arrival of cake) or even to convey an urgent message from the Mistress of the House. To be valued and respected in this way, as if it were the most normal thing in the world, was a new experience. I did not know it then, but I would go on to write three books in that shed, including the one you are reading now.pp. 38–39

Simone de Beauvoir described The Second Sex as an exposition of ‘the pervasiveness and intensity and mysteriousness of the history of women’s oppression‘.

It is so mysterious to want to suppress women. It is even more mysterious when women want to suppress women. I can only think we are so very powerful that we need to be suppressed all the time. Anyway, like James Baldwin had taught me, I had to decide who I was and then convince everyone at the party that was who I was, but unfortunately in this phase, I was whistling in the dark. I had to survive my losses and find some rituals to celebrate them.

p. 49
The moody politics of the modern home had become complicated and confusing. There were many modern and apparently powerful women I knew who had made a home for everyone else, but did not feel at home in their family home. They preferred the office or wherever they worked because they had more status than being a wife. Orwell, in his 1936 essay ‘Shooting an Elephant’, noted that the imperialist ‘wears a mask, and his face grows to fit it’. The wife also wears a mask and her face grows to fit it, in all its variations.p. 79
Next: Pico Iyer – A Beginner's Guide to Japan: Observations and Provocations
Previous: Hilary Mantel – The Mirror & the Light