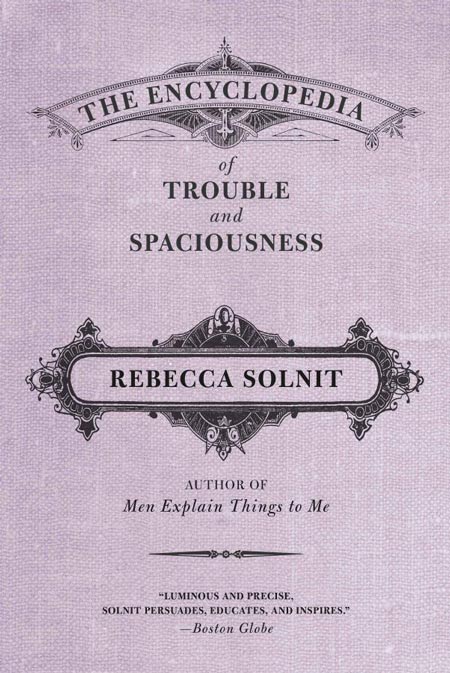 The Encyclopedia of Trouble and Spaciousness

If you’re poor, the only way you’re likely to injure someone is the old traditional way: artisanal violence, we could call it—by hands, by knife, by club, or maybe modern hands-on violence, by gun or by car.
But if you’re tremendously wealthy, you can practice industrial-scale violence without any manual labor on your own part. You can, say, build a sweatshop factory that will collapse in Bangladesh and kill more people than any hands-on mass murderer ever did, or you can calculate risk and benefit about putting poisons or unsafe machines into the world, as manufacturers do every day. If you’re the leader of a country, you can declare war and kill by the hundreds of thousands or millions.
Previous: The Mirror Thief by Martin Seay
Next: The Fire Next Time by James Baldwin