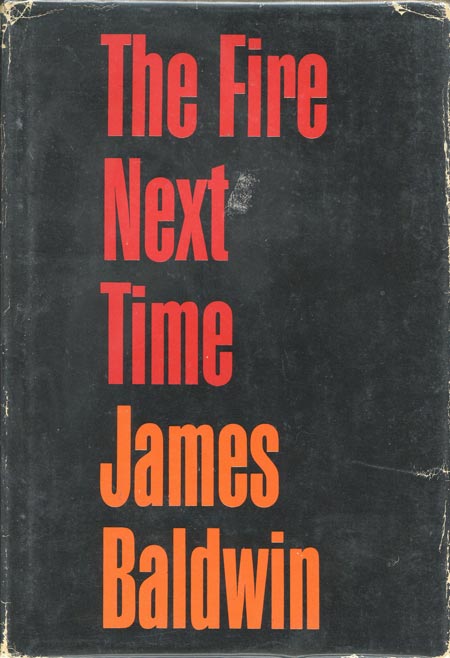 The Fire Next Time

But it is not permissible that the authors of devastation should also be innocent. It is the innocence which constitutes the crime.
I know what the world has done to my brother and how narrowly he has survived it. And I know, which is much worse, and this is the crime of which I accuse my country and my countrymen, and for which neither I nor time nor history will ever forgive them, that they have destroyed and are destroying hundreds of thousands of lives and do not know it and do not want to know it.
The really terrible thing, old buddy, is that you must accept them. And I mean that very seriously. You must accept them and accept them with love. For these innocent people have no other hope. They are, in effect, still trapped in a history which they do not understand; and until they understand it, they cannot be released from it. They have had to believe for many years, and for innumerable reasons, that black men are inferior to white men. Many of them, indeed, know better, but, as you will discover, people find it very difficult to act on what they know.
The Negroes of this country may never be able to rise to power, but they are very well placed indeed to precipitate chaos and ring down the curtain on the American dream. This has everything to do, of course, with the nature of that dream and with the fact that we Americans, of whatever color, do not dare examine it and are far from having made it a reality. There are too many things we do not wish to know about ourselves.
Negroes in this country—and Negroes do not, strictly or legally speaking, exist in any other—are taught really to despise themselves from the moment their eyes open on the world. This world is white and they are black.
It will be a great day for America, incidentally, when we begin to eat bread again, instead of the blasphemous and tasteless foam rubber that we have substituted for it.Interesting interjection about bread!
Then two things caused me to begin to listen to the speeches, and one was the behavior of the police. After all, I had seen men dragged from their platforms on this very corner for saying less virulent things, and I had seen many crowds dispersed by policemen, with clubs or on horseback. But the policemen were doing nothing now. Obviously, this was not because they had become more human but because they were under orders and because they were afraid. And indeed they were, and I was delighted to see it. There they stood, in twos and threes and fours, in their Cub Scout uniforms and with their Cub Scout faces, totally unprepared, as is the way with American he-men, for anything that could not be settled with a club or a fist or a gun.
The only thing white people have that black people need, or should want, is power—and no one holds power forever. White people cannot, in the generality, be taken as models of how to live.
Color is not a human or a personal reality; it is a political reality. But this is a distinction so extremely hard to make that the West has not been able to make it yet. And at the center of this dreadful storm, this vast confusion, stand the black people of this nation, who must now share the fate of a nation that has never accepted them, to which they were brought in chains. Well, if this is so, one has no choice but to do all in one’s power to change that fate, and at no matter what risk—eviction, imprisonment, torture, death. For the sake of one’s children, in order to minimize the bill that they must pay, one must be careful not to take refuge in any delusion—and the value placed on the color of the skin is always and everywhere and forever a delusion.
Next: David Guterson – The Country Ahead of Us, The Country Behind
Previous: Rebecca Solnit – The Encyclopedia of Trouble and Spaciousness