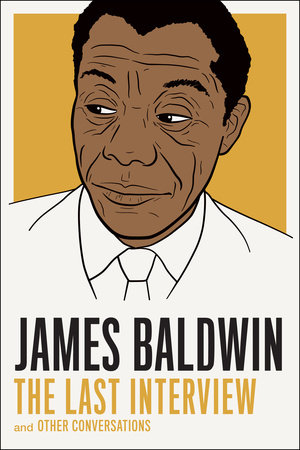 The Last Interview and Other Conversations

And, of course, all Africans, whether they know it or not, have endured the European experience, and have been stained and changed by the European standards; and in a curious way the unification of Africans, as far as it can be said to exist, is a white invention. The only thing that really unites all black men everywhere is, as far as I can tell, the fact that white men are on their necks. What I’m curious about is what will happen when this is no longer true. For the first time in the memory of anybody living, black men have their destinies in their own hands. What will come out then, what the problems and tensions and terrors will be then, is a very great, a very loaded question.
All you are ever told in this country about being black is that it is a terrible, terrible thing to be. Now, in order to survive this, you have to really dig down into yourself and re-create yourself, really, according to no image which yet exists in America. You have to impose, in fact—this may sound very strange—you have to decide who you are, and force the world to deal with you, not with its idea of you.
Chicagoans talk about Mississippi as though they had no South Side. White people in New York talk about Alabama as though they had no Harlem. To ignore what is happening in their own backyard is a great device on the part of the white people.

BALDWIN: [...] It’s very important for white Americans to believe their version of the black experience. [...] Once, after I published Go Tell It on the Mountain and Giovanni’s Room, my publisher, Knopf, told me I was a “Negro writer” and that I “reached a certain audience.” So, they told me, “you cannot afford to alienate that audience. This new book will ruin your career because you’re not writing about the same things and in the same manner as you were before and we won’t publish this book as a favor to you.”

TROUPE: As a favor to you?

BALDWIN: So I told them fuck you.