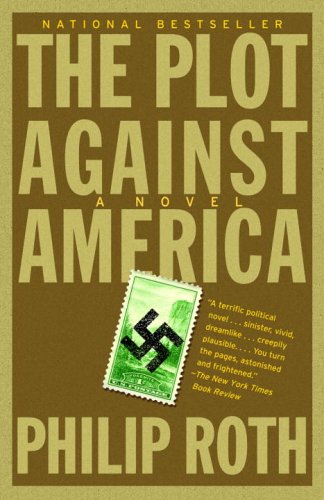 The Plot Against America

An engrossing work of historical fiction in which Charles Lindbergh beats FDR in the 1940 election and refuses to fight the Nazis. Meanwhile, a young boy named Philip Roth is growing up Jewish in New Jersey, and his family becomes enmeshed in the political struggle to keep a Final Solution from materializing in America. I don’t want to spoil any more of the plot, but I’ll say that this book is totally fascinating and forces the reader constantly to reexamine (1) the assumptions and motivations of the characters and (2) how plausible this alternate history really is.

Next: Gordon Wood – The Americanization of Benjamin Franklin
Previous: Alan Lomax – The Land Where The Blues Began