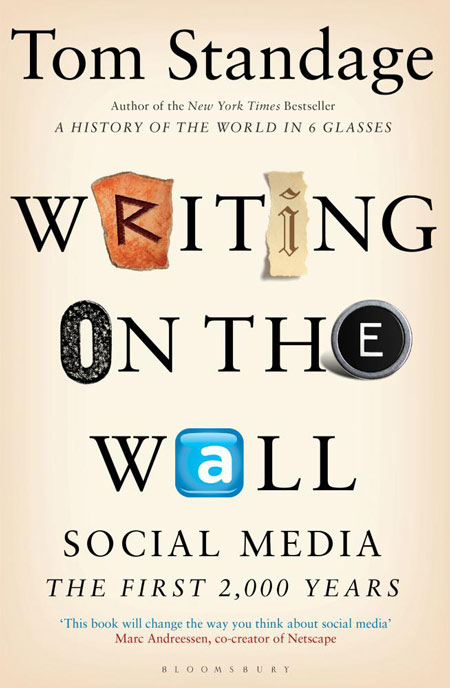 Writing on the Wall: Social Media – The First 2,000 Years

One common abbreviation used in Roman letters was SPD, which was short for salutem plurimam dicit, or “sends many greetings.” This served as a greeting at the beginning of a letter, to indicate the sender and the receiver, as in “Marcus Sexto SPD” (“Marcus sends many greetings to Sextus”). Another popular acronym was SVBEEV, which was short for si vales, bene est, ego valeo (“if you are well, that is good, I am well”). Such abbreviations saved space and time, just as acronyms (BTW, AFAIK, IANAL) do today in Internet posts and text messages.
Luther’s enemies likened the spread of his ideas to a sickness. The papal bull threatening Luther with excommunication said its aim was “to cut off the advance of this plague and cancerous disease so it will not spread any further.” Similarly, the Edict of Worms issued after his excommunication in 1521 warned that the spread of Luther’s message had to be prevented, otherwise “the whole German nation, and later all other nations, will be infected by this same disorder.” But it was too late: the infection had taken hold in much of Germany and beyond. To use the modern terminology, Luther’s message had gone viral.
In many respects twenty-first-century Internet media has more in common with seventeenth-century pamphlets or eighteenth-century coffee houses than with nineteenth-century newspapers or twentieth-century radio and television. New media is very different from old media, in short, but has much in common with “really old” media. The intervening old-media era was a temporary state of affairs, rather than the natural order of things. After this brief interlude—what might be called a mass-media parenthesis—media is now returning to something similar to its preindustrial form.
Next: Paul Johnson – Stalin: The Kremlin Mountaineer
Previous: Lucy Knisley – Something New: Tales from a Makeshift Bride